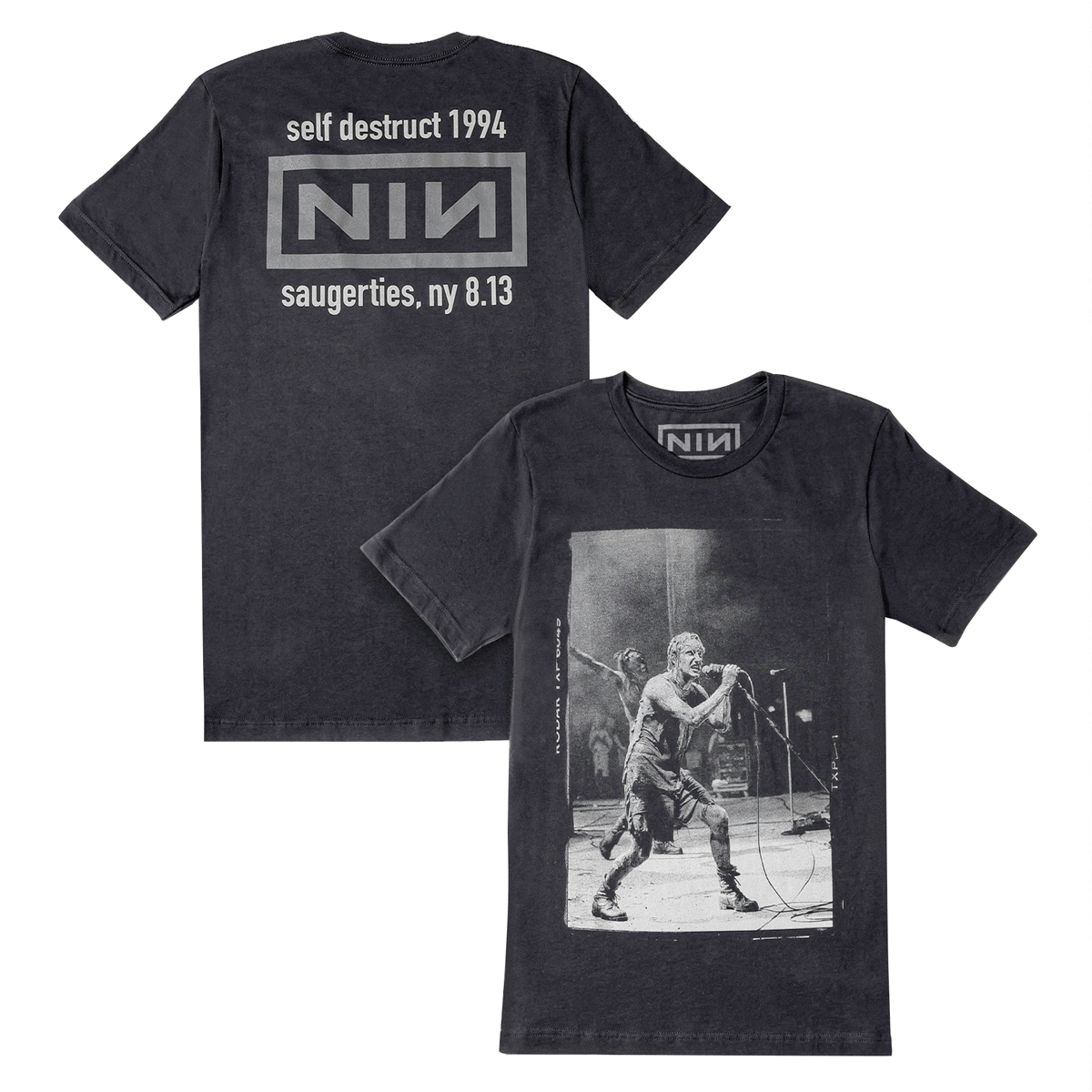 On this date, 25 years ago, Nine Inch Nails performed at the Woodstock ’94 concert in Saugerties, NY in the midst of the band’s Self Destruct Tour.

“On the way to the stage there was a little accident,” Trent Reznor told MTV after their set. “It turns into a mud wrestling thing that escalated into a full-scale mud riot … I accidentally tripped and pushed Danny [Lohner’s] face into the mud. He retaliated by body-slamming me.” Covered head to toe in filth, the band proceeded to perform a career-defining set for the highest-density crowd of the entire weekend.

To commemorate the anniversary, NIN are offering a limited edition t-shirt featuring one of the now-iconic photos from Joseph Cultice. Available here.

Revisit  ‘March of the Pigs.’