Late last year, Reznor declared, “New NIN coming in 2016.  Other stuff, too.”  The other stuff amounted to the scores for Nasa’s Juno short film, the climate change documentary “Before the Flood” (featuring the song “A Minute To Breathe”) and the about-to-be-released Peter Berg film “Patriots Day”.  Now just in time he makes good on the Nine Inch Nails side of things.

Not The Actual Events, the new 5 song EP will be released next Friday, 12/23 with preorders live right now.  The EP finds Reznor and now official bandmate Atticus Ross taking an unexpected left turn from 2013’s Hesitation Marks and sounding unrecognizable from their current film work.


“It’s an unfriendly, fairly impenetrable record that we needed to make” says Reznor.  “It’s an EP because that ended up being the proper length to tell that story.” 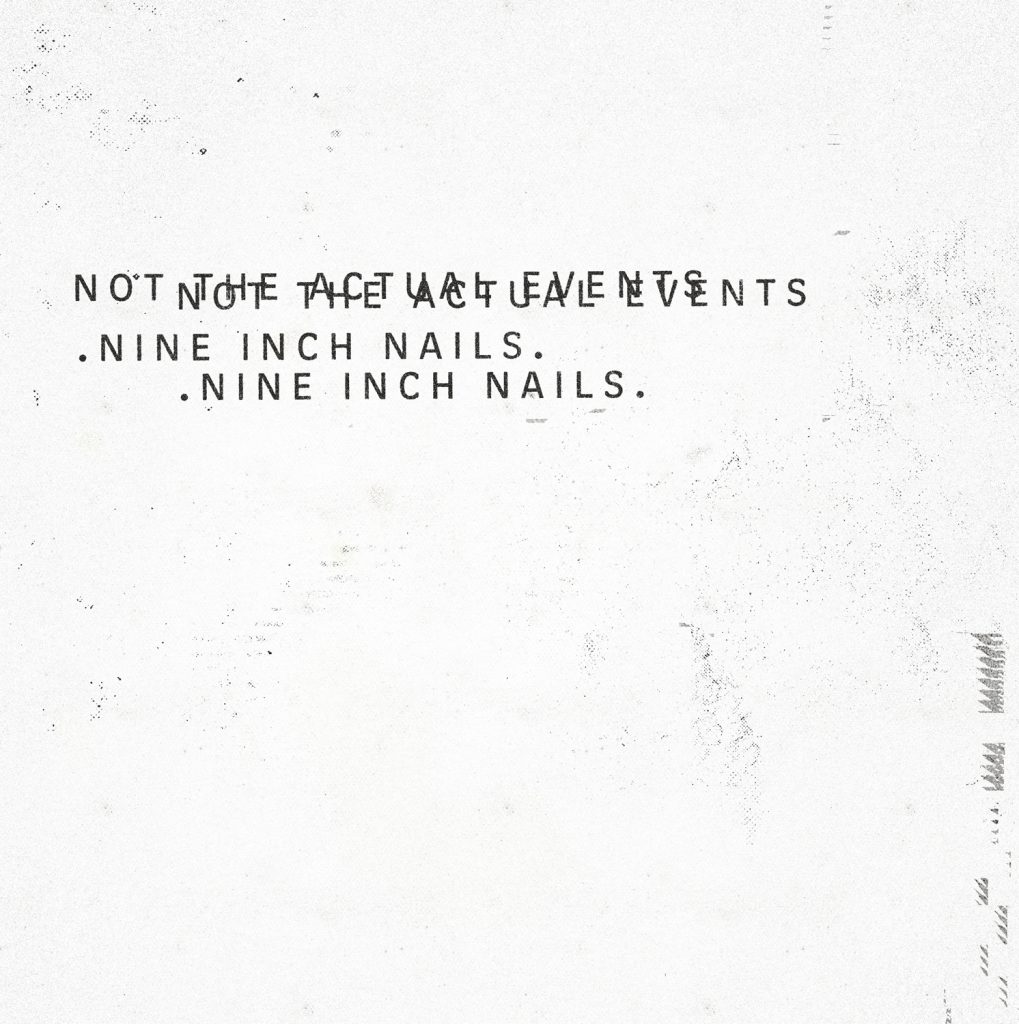 Not The Actual Events is self-released and will be available on all digital platforms 12/23.  The NIN store is offering two formats available for pre-order now:  180g 1-sided Vinyl, and a unique limited Digital + Physical Component version.